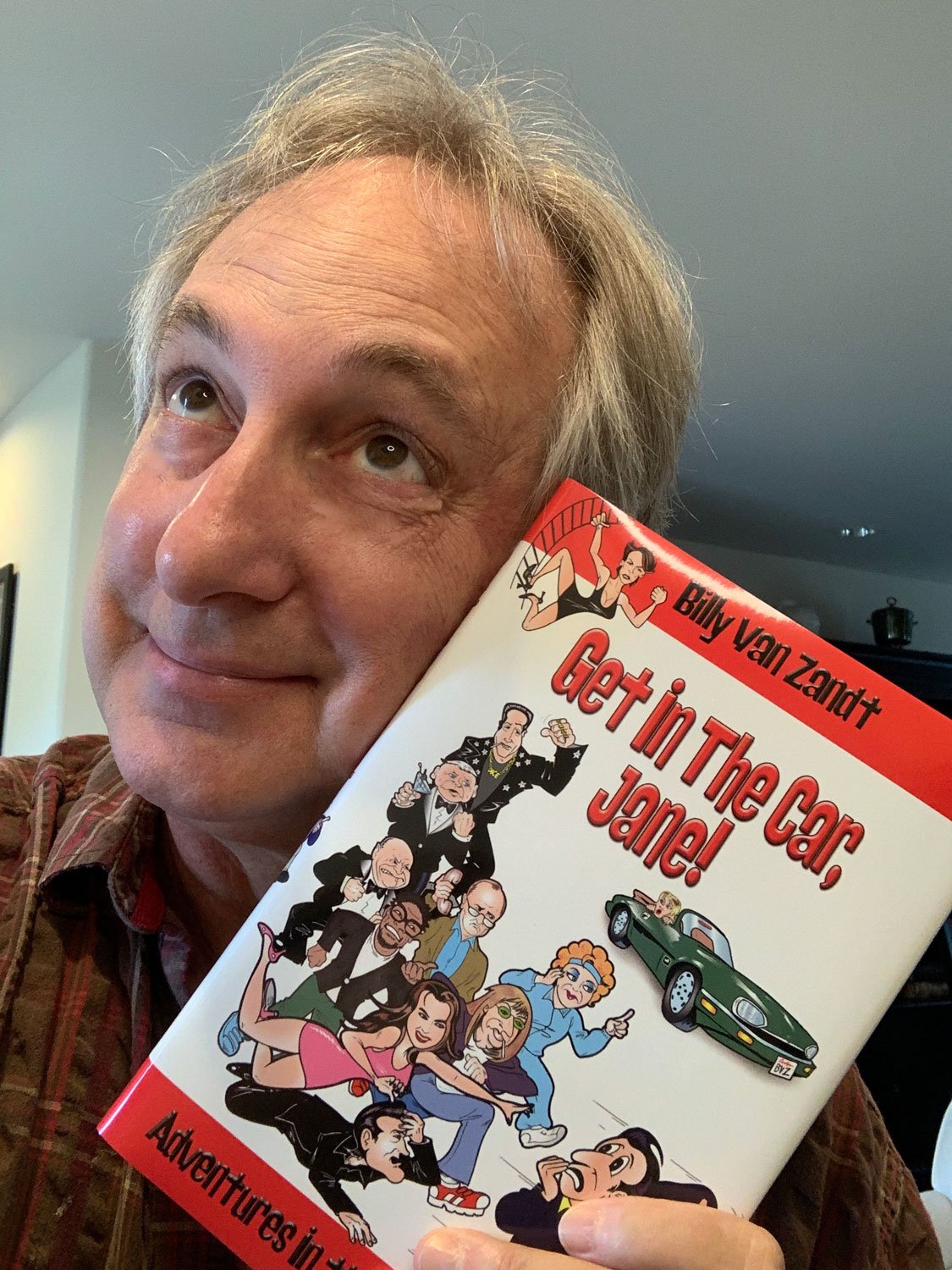 Get in the Car Jane! Adventures in TV Wasteland

GET IN THE CAR, JANE! Adventures In the TV Wasteland is a behind the scenes memoir of Emmy-nominated writer/producer Billy Van Zandt and his years making America’s favorite (and not so favorite) sit-coms. It is filled with first hand observations of Lucille Ball, Brooke Shields, Frank Sinatra, Don Rickles, Martin Lawrence, Andrew Dice Clay, Richard Lewis, Bob Newhart, Jamie Lee Curtis, The Wayans Bros., Richard Mulligan, Alan Arkin, DL Hughley, film legend Dorothy Lamour, Broadway legend Elaine Stritch, Rosie O’Donnell, Oscar-winner Olympia Dukakis, Penny Marshall, and Matthew Perry among many others. Part behind-the-scenes gossip, part textbook, all truth. A funny insider’s look at Hollywood as well as an invaluable and insightful guide to writing and producing sit-coms, GET IN THE CAR, JANE! is a book for everybody who’s ever been passionate about their work and frustrated with the obstacles they need to overcome just to do their job.

For a unique inscription, please include details upon checkout within the “Additional Information, Order Notes” section.

FAQs: Shipping is free! This limited edition is only available in the United States and exclusively sold here. All orders will be processed within 3 days and shipped via USPS ground. All sales are final.

“These two people are a riot!”