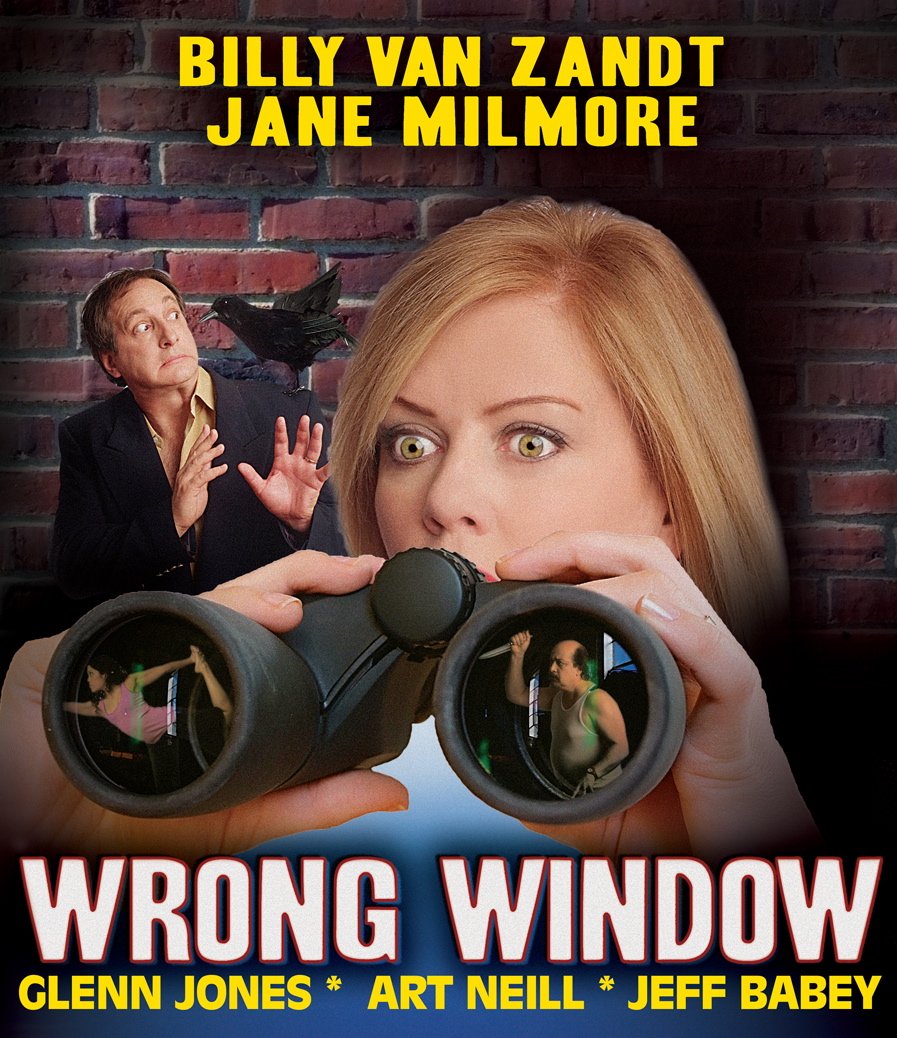 Van Zandt & Milmore pay tribute to Master of Horror Alfred Hitchcock with this comedy whodunit. Off-and-on New York couple Marnie and Jeff enter an even more complicated phase of their relationship when they think they spy their cross-courtyard neighbor do away with his wife. After they draw their torn curtain, the lady vanishes, and suspicion places murder beyond a shadow of a doubt. The bumbling witnesses sneak into their neighbor’s apartment – 39 steps away – and the fun begins. Among multiple door-slammings, body-snatchings, and a frantic flashlight chase scene, two questions remain: Who killed Lila Larswald? And… if she’s not dead…then who is? The crazy farce plays out on a shadow-box set that allows the audience to be present in one apartment, while viewing the action in its mirror-image neighboring unit across the way.

“If you’re a fan of Rear Window on screen, you’ll award Wrong Window on stage a perfect 10. A barrage of gag-filled dialogue. Knee-slappingly funny from start to finish! Take the money and run to this window before it closes!” – Philip Dorian, Two River Times

“You know it’s a good show, when after seeing it you want to see it again!”- Ashburton Guardian, New Zealand

“Fever-pitched one liners, puns, slapstick, pratfalls…There are no people in America more adept at these classic comic styles than Van Zandt & Milmore, with their wacky anything for a laugh adventuring and willingness to toss all actorly dignity out the window!” – Asbury Park Press

What the Rabbi Saw