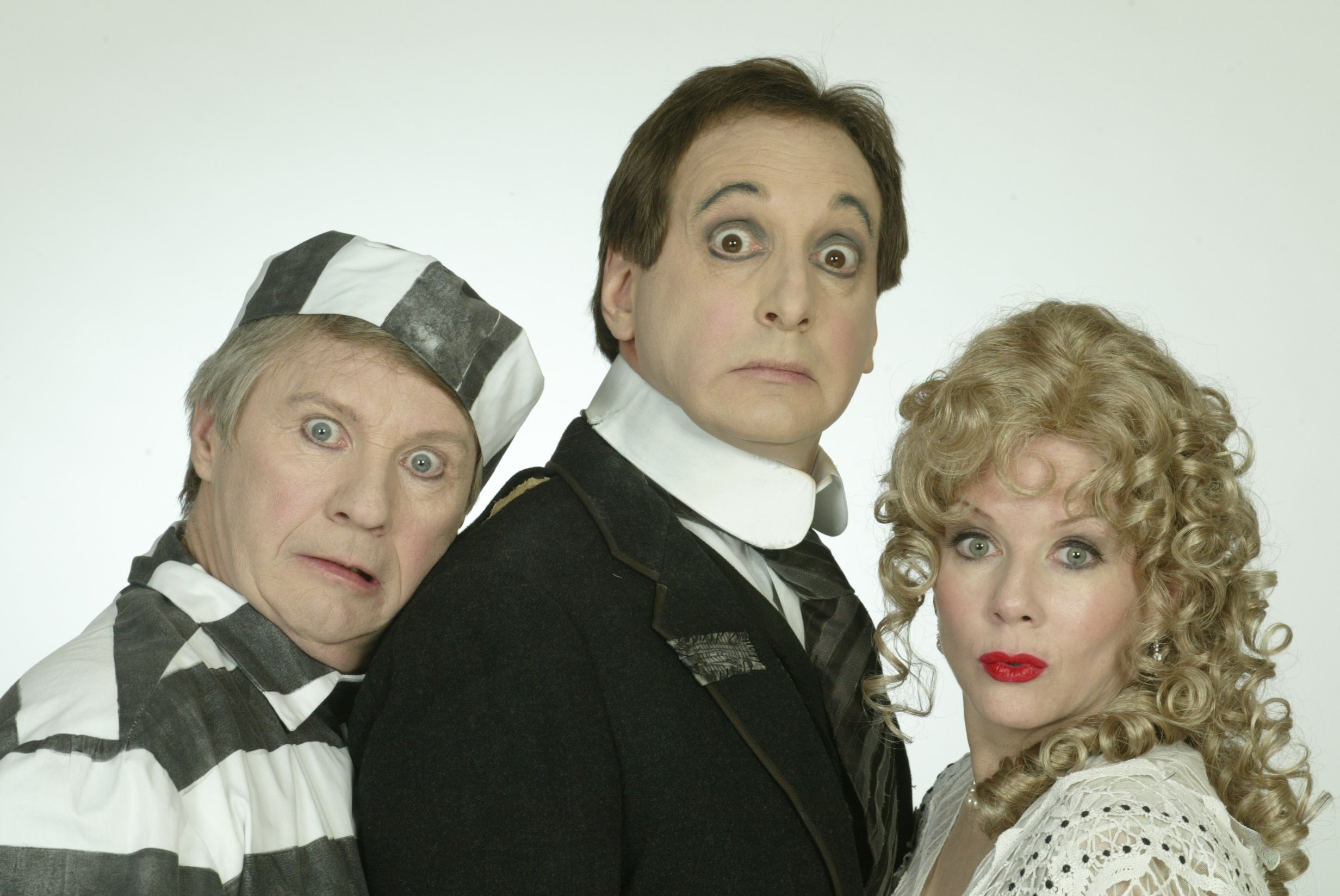 New York audiences went wild for this gag-filled water sloshing, bed crashing, pie throwing craziness. Performed in black and white with title cards projected over the actors’ heads, and a live theatre organ accompanying every doubletake, this comic tour de force stars a dashing hero who overcomes jail, poverty, World War I and a dastardly villain, Lionel Drippinwithit, to win the girl of his dreams. She is the heiress to the Thickwad Screw Factory, a firm that has been “Screwing the American Public since 1861.” The biggest pie fight the theatre world has ever seen caps the silent action. More than a tribute to the slapstick antics of Chaplin, Keaton and Arbuckle – this is a reverential recreation of a bygone era. “Hilarious! . . . Surprises abound in the inspired physical comedy.” – Village Voice. “The best show running Off Broadway! . . . If this isn’t a smash hit, there’s no theatre god!” – WOR Radio. “Delightful.” – N. Y. Times. “An adoring salute to the golden age of film and an innovative twist on live theatre!” – AP.

DELIGHTFUL! An affectionate amusing tribute to the heyday of silent film comedy with romance, high and low jinks and a climactic pie fight. – New York Times