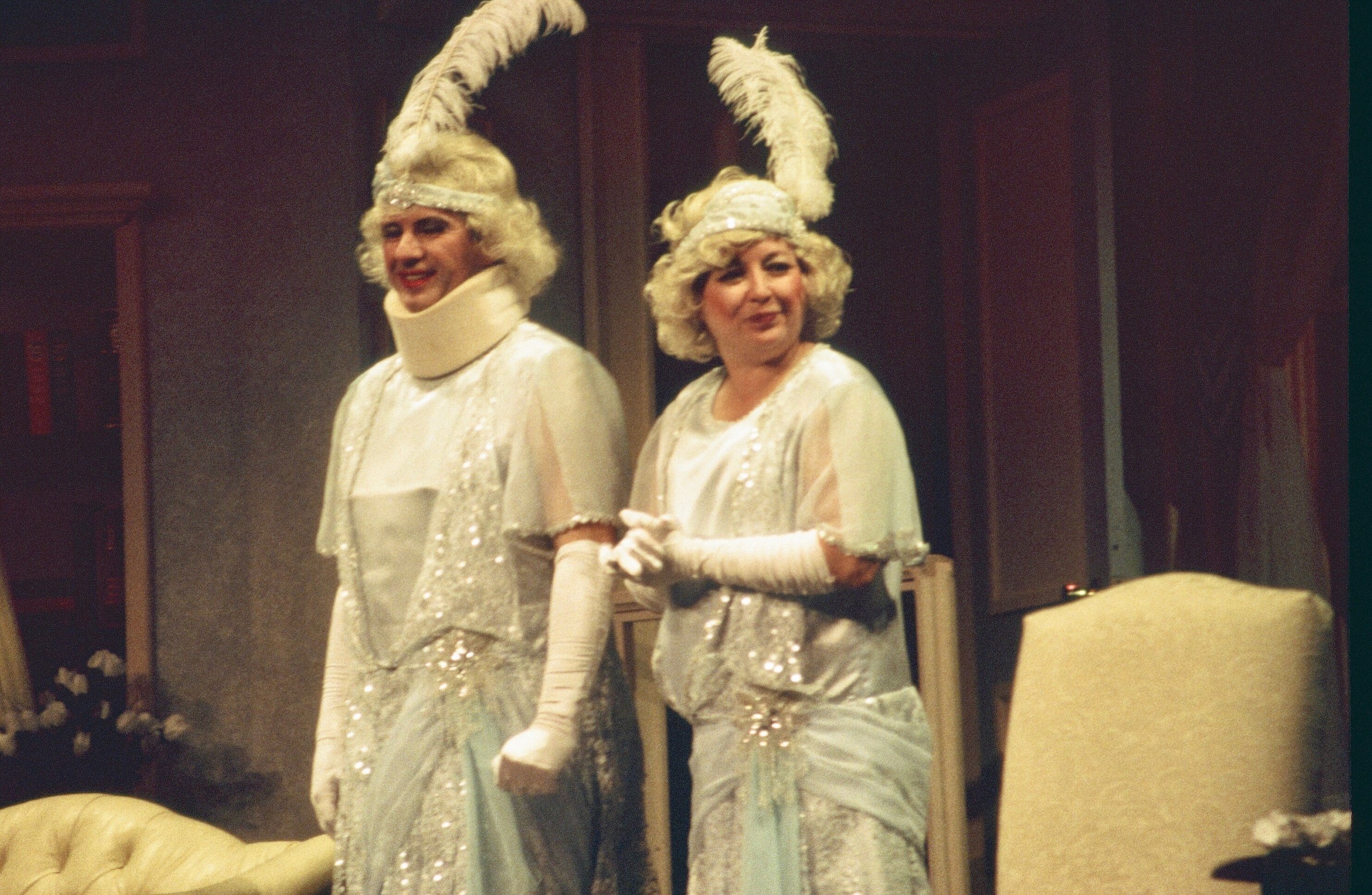 Confessions of a Dirty Blonde

Get the boxer shorts, wigs and size ten pumps! The masters of modern farce are back with an outrageously zany comedy. The year is 1962. Sex siren and living legend Lillian Lamour comes out of seclusion for a one night tribute at Carnegie Hall. While recreating her famous 1933 Time Magazine cover, a lion bites her world famous derriere exposing, among other things, that she is a he. Now Hollywood’s best kept secret will be revealed unless Lillian’s press agent can put a lid on things. Neither the gangster crooner ex boyfriend nor Lillian’s wallflower daughter is aware of the truth, but the hotel doctor knows and can’t convince anyone else. This screwball comedy in the tradition of the Marx Brothers is a scream.

“A scream!  Vintage Van Zandt/Milmore.  For that – the zaniness, the split second timing, the instinct for the comic jugular – let us give thanks!” Two River Times

“What a blast! What a hoot! What a rollicking good time we had!” The Advocate

Do Not Disturb
Scroll to top