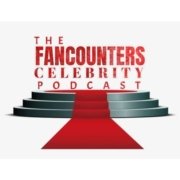 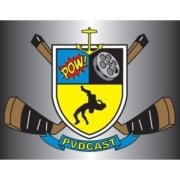 Ever wonder what it takes to make a television show? Playwright, actor and producer, Billy Van Zandt joins me on this episode to explain the process. Billy has developed many well-known TV shows, such as Martin, Suddenly Susan and many others. Billy is also an accomplished playwright, writing and producing dozens of off-Broadway shows. We chat about these aspects to his career, as well as his acting roles and his longtime partnership with the late Jane Milmore. Pop in your ear buds and join us on this sensational edition of The PVDcast! 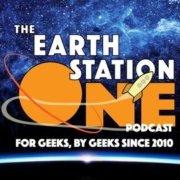 The ESO Book Club returns to discuss Larry Niven’s celebrated science fiction classic. Mike, Mike, and Kirby Bartlett-Sloan embark on the Lying Bastard to investigate the secrets behind one of the largest technological wonders of Known Space. Plus, writer/playwright/actor Billy Van Zandt shares some stimulating and side-splitting sitcom stories. All this, along with Angela’s A Geek Girl’s Take, Ashley’s Box Office Buzz, Michelle’s Iconic Rock Moment, and Shout Outs!

Interview: Jeff is joined by Actor/Writer/Producer Billy Van Zandt.  We discuss Billy’s obsession and time with Lucille Ball including being part of the rediscovery of the lost original ‘I Love Lucy’ pilot episode. We also discuss Jaws 2, Star Trek, Taps and his adventures with Sean Penn and Tom Cruise. We also go deep into Billy’s book ‘GET IN THE CAR, JANE! Adventures In the TV Wasteland’ which chronicles the amazing TV work he and his writing partner Jane Milmore worked on together. We discuss their time together on ‘Newhart’ (including that incredible series finale!), ‘Martin’, with Martin Lawrence, ‘Anything but Love’ and ‘Daddy Dearest’ with Richard Lewis and a series of amazing stories with Penny Marshall, Andrew Dice Clay, Frank Sinatra, Don Rickles and and one Jeff Dwoskin Show exclusive story!! 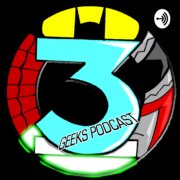 Billy guests with Jason and Justin on the 3 Geeks Network discussing his new book “Get in the Car, Jane” 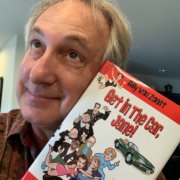 Billy’s signing a limited supply of hardcover copies of “Get in the Car, Jane”  Exclusively available here.   (USA only, sorry).  To order, go to our BOOK page. 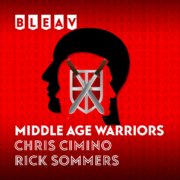 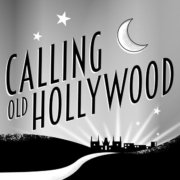 Calling Old Hollywood is a podcast that focuses on personal and intimate encounters of the actors, actresses, and musicians from the Golden Age of Hollywood. Every week a new guest who either personally knew, worked for, or is related to a legend or Old Hollywood in some fashion– shares their personal encounters about yesterdays stars. Creator / Host Kat Lively is a Los Angeles based musician and actress, who has had a passion for Old Hollywood since she was a child. This show is an effort to document seldom told stories about 1920’s-1970’s stars, and to humanize legends and Icons in pop culture. Kat hosts, edits, schedules, and runs all social media for Calling Old Hollywood. 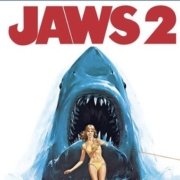 Another rave review for “Get in the Car, Jane!”